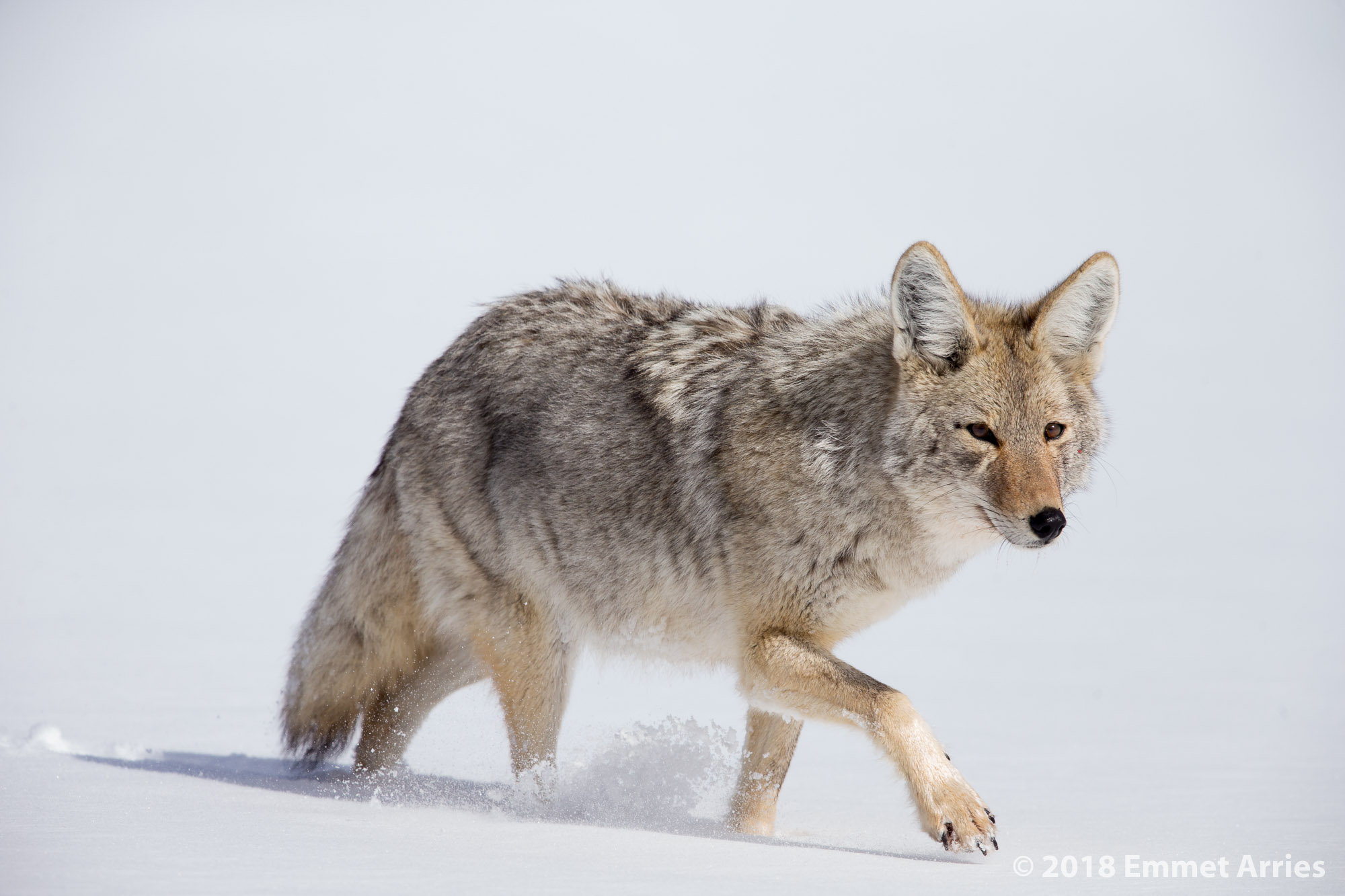 March 6, 2018 - On a serene morning in Lamar Valley, a trotting coyote silently leaves its tracks in the fresh snow. This photo was captured on my first winter trip to Yellowstone National Park. I had finished assisting with a photography class and had a day on my own to explore the snowy wonderland. It was my 17th birthday, and I was lucky enough to capture this shot of my favorite animal in my favorite place. Birthdays don't get any better than that. Coyotes have thrived despite decades of persecution in the form of numerous and extremely toxic predicides, traps, bait stations, and aerial gunning. This assault came primarily from the United States government in an attempt to protect livestock. Coyotes have many unique adaptations that helped them to endure the onslaught, such as fission-fusion that allows them to hunt as individuals, in pairs, or in a pack. I believe that the coyote story is one of the greatest wildlife success stories of the 20th century because not only did they survive this attempted annihilation, but they spread geographically and colonized every major US city in the process.

Hi, I'm Emmet Arries, a self taught computer nerd and lover of nature and wild places! I have been lucky enough to live in homes surrounded by amazing yards, in communities with vibrant open spaces and active people working to protect them. As soon as I could walk, my focus every morning was to be outside! Most of my days, most of my life, have been spent engaged with our natural world. Without realizing the rarity, and value of it, I have grown up in connection with nature and find joy whenever I am in it...read more


Stay in the Loop

Sign up for text updates, and you'll be updated on a one-to-one basis with me and my photography. I use texting instead of social media due to civil rights, ethical, and societal concerns.